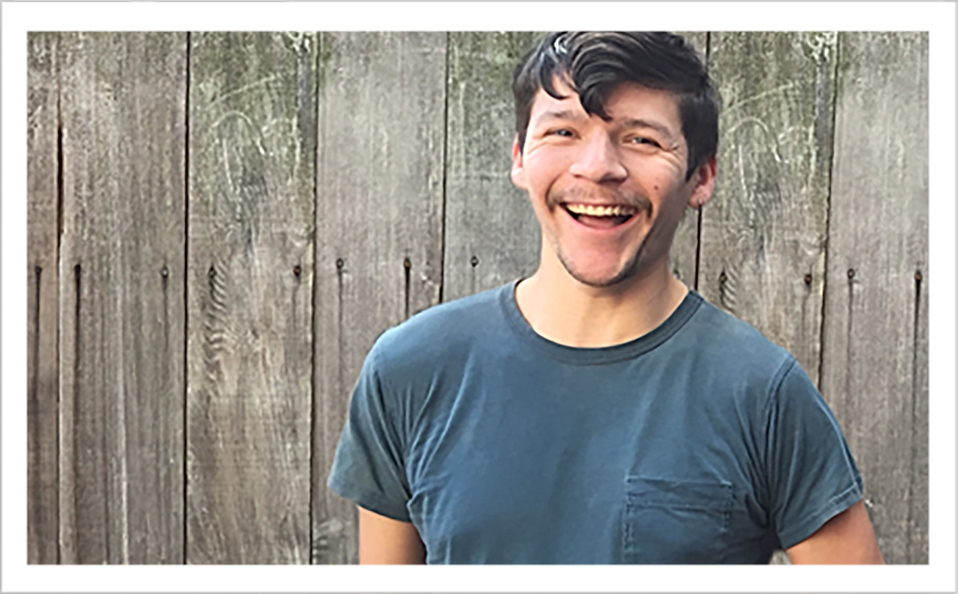 Alan Guttirez fights to empower youth at LYRIC, a restorative justice–oriented nonprofit targeting LGBTQA youth of color in San Francisco. Through the services and advocacy the organization provides, Alan says that the youth at LYRIC “are really gaining the necessary tools to have a stark analysis of society and their positionality in this world. That’s central to them navigating this world and calling out the inequities that they face.”

As a student at San Francisco State University, the Hollister, CA native worked for several LGBTQA-focused nonprofits; he also began engaging in commercial sex work. After graduating, Alan began working at St. James Infirmary, a peer–lead occupational health and safety clinic for current and former sex workers. There, he had the opportunity to marry his identity as a sex worker to the HIV prevention work he was doing with LGBTQA youth. “I had previously worked in environments that were not so friendly to sex workers and my identity had been used against me when trying to access health care services. St. James, however, is really committed to providing empowering services to sex workers and that made it a great place to learn and work.”

In 2013, Alan accepted a position at LYRIC. One of the most rewarding aspects of his work is being able to create dialogue around the issues that put LGBTQA youth of color at greater risk for contracting HIV. “Generally speaking, a lot of the narratives around HIV prevention are being driven by White folks and I think that’s problematic. The PrEP discourse is being decontextualized from the structural issues that are influencing HIV infections because people are so focused on getting their bottle of Truvada®” He adds, “I’m on PrEP and I believe in it, however, this is not the end. Going on PrEP does not solve these widespread issues that are fueling HIV epidemics globally.”

To adequately address the barriers that LGBTQA youth of color face when seeking sexual health services, Alan says that a two–fold strategy must be employed. On the ground, LGBT youth of color “must have access to health care that is not only accessible, but culturally competent, too. We also need health care that does not involve shaming patients for the way they exist in the world.” From an organizational standpoint, Alan says that more African–American and Latino leadership is needed in major HIV/AIDS organizations. “There are so many Black and Latino leaders doing great work around HIV but there’s this constant overlooking of folks, and that’s the problem. There’s all this brilliance out there already and, what happens is, when you get somebody who does not have a similar background to that of the people they serve, it becomes easier for them to overlook issues because they are not experiencing them.”

Alan shared a word of advice to LGBTQA–focused HIV/AIDS organizations that serve but are not led by people of color. “One of the most important things we do [at LYRIC] is engage in direct dialogue with our youth and create open channels for feedback.” This dialogue creates a safe place for staff and youth to learn from each other and created shared solutions. Alan points out “Because of that, LYRIC’s climate is authentic and open, and that is what makes us successful!”